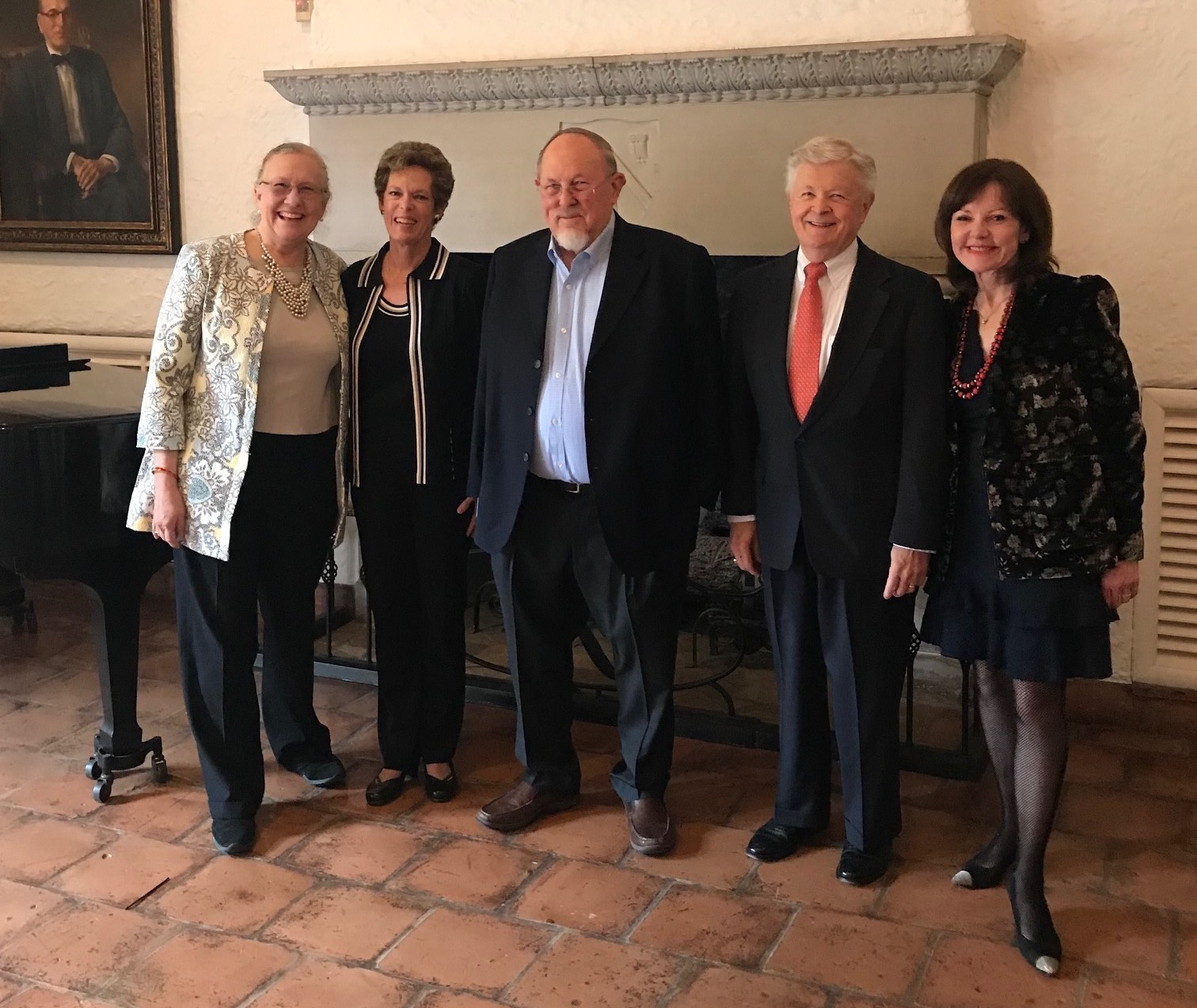 With the awarding of the 2017 prize, 49 Nobel Memorial Prizes in Economic Sciences have been given to 79 economists.  Six of the 37 living Nobel laureates in economic sciences have presented Rice Initiative for the Study of Economics (RISE) Lectures. When Edward C. Prescott presents his lecture on November 1, 2018, he will be the seventh Nobel laureate in economic sciences to visit Rice University as part of the RISE Lecture Series.

Doyle Arnold, Economics ’70, aspired to increase the number of high-profile professors and lecturers visiting Rice's Houston campus.  In the fall of 2015, he generously sponsored the RISE Lecture Series to bring a steady flow of ideas on important topics of general public interest from the elite of the economics profession.  Now in its fourth year, the RISE Lecture Series brings two Nobel laureates in economic sciences to campus each year, one each during the fall and spring semesters.  The series grew out of Arnold's first conversation with Antonio Merlo shortly after Merlo came to Rice in 2014 to serve as Chair of the Department of Economics and the Founding Director of RISE.  Merlo is currently the Dean of the School of Social Sciences.

According to Arnold, the public lecture is not supposed to be about a highly technical aspect of economics, but rather about an economics-related subject of interest to and understandable by the well-educated public. "Each of the public lectures has been highly topical and understandable to the educated lay audience—ranging from Bill Sharpe talking about public and private retirement plan underfunding; Tom Sargent discussing the, believe-it-or-not, fascinating history of our national debt and even incorporating references to the Broadway play, Hamilton; Michael Spence talking about globalization," Arnold said.  "In all cases, we got the benefit of a world-class mind at work on problems that affect us all."

The RISE Lectures are often planned around other campus-wide events including Homecoming weekend or the Board of Trustees meetings so that out-of-town alumni are more easily able to attend.  In addition to the one-hour lecture, speakers are given tours of Rice and participate in meetings with economics faculty and graduate students. “We ask these Nobel laureates to stay a day or two to discuss research topics with Rice economics faculty and students, so that our community can interact with those at the pinnacle of the economics field,” Arnold said, “I hope that these distinguished visitors take with them and share with others a highly favorable impression of the Rice community, which will enhance Rice’s reputation throughout the country and economics profession.”

Arnold had the opportunity to study under two of the previous speakers, Dr. Tom Sargent while at the University of Minnesota and Dr. William Sharpe, while earning his MBA at Stanford University.  Though he does not know Prescott personally, he looks forward to meeting him and hearing about the profound effect he has had on the way the Federal Reserve looks at monetary policy and particularly the way the Fed attempts to communicate its policy and actions.

Dr. Prescott received his B.A. in mathematics from Swarthmore College in 1962, his M.S. in Operations Research from Case Western Reserve University in 1963, and his Ph.D. in economics from Carnegie Mellon University in 1967.  He is an aggregate economist theorist who develops and applies dynamic economic theory to problems in financial economics, economic fluctuations, public finance, growth and development, and international economics areas.  He and Finn Kydland were jointly awarded the 2004 Nobel Memorial Prize in Economic Sciences "for their contributions to dynamic macroeconomics: the time inconsistency of economic policy and the driving forces behind business cycles.”

Dr. Prescott’s November 1 lecture will begin at 5:30 p.m. in the BRC Auditorium.  A reception will follow in the BRC Events Hall.  Admission to the lecture and reception is free of charge; however, space is limited so RSVPs are requested. RSVP using Eventbrite. Paid parking will be available in the BRC Garage. For more information about parking, visit parking.rice.edu.

The eighth RISE lecture will take place in spring of 2019.  Details regarding the speaker and date will be released soon.

The RISE Lecture Series is generously funded by Doyle Arnold '70.  Recordings of previous lectures can be viewed on the RISE website.